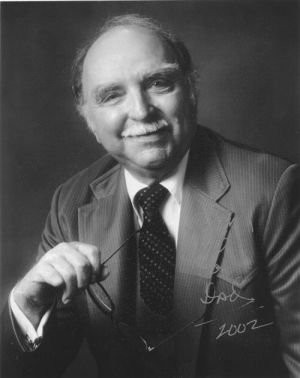 Mike’s father, Boyce Holleman, was a prominent attorney and role model in Gulfport, leading three of his four sons into the legal field. Mike worked for his father’s firm for 15 years and handled many big cases before deciding to stand on his own two feet. He built Holleman Law Firm, PLLC, on the same philosophy of integrity and commitment to doing everything he can for his clients.

As a young man, of the greatest generation, he flew an extra mission over Saipan in the Pacific, which he as a commander of his squadron assigned to himself. Boyce's plane was shot down, his navigator and bombardier killed, and Boyce was burned over 30% of his body.

Boyce met and married his wife in a California Naval Hospital and returned to Mississippi to finish school and law school and raise a family.

Boyce Holleman was one of the greatest Trial Lawyers to ever grace a courtroom. Boyce was a great orator, often sought after for speaking events, like Memorial Day services. Boyce was a great storyteller and later in life, an actor, first in local theater and then movies and TV shows. Boyce performed a one-man Clarence Darrow show hundreds of times, all over the country. Actor Leslie Nielsen, who planned to do the same show, after hearing about Boyce's performance, came to see Boyce perform Darrow.

Michael Holleman grew up watching his father in the courtrooms of South Mississippi. Michael often accompanied his father to make speeches on special days and for special events. Boyce could captivate juries and could hold the rapt attention of a crowd of hundreds for over an hour.

Michael learned the practice of law at his father's side. Boyce Holleman had empathy for the common man. He could understand and feel the pain of others. This made him an effective advocate for others. Michael learned from a master teacher.

My last conversation with him was in the recovery room after doctors had removed his cancerous bladder. He ultimately did not survive the operation. Michael remembered this conversation for a news article about his father.

"When I saw him in the ICU just hours after he had survived that dangerous six-hour surgery, the first thing he said to me, with a weak voice, but clear mind, was:

'Mike, God has been so good to me, and I don't think I have done all I should for Him.'

"I said, 'Dad 'Dad His greatest command was to love others, and in that area, you have excelled. You have loved others, rich or poor. Your empathy is your greatest gift.'

"He thought for a moment, and then related a story I had never heard. He said: 'When I almost died from the heart complications several years ago, (sons) Dean and Tim were helping me walk down the hallway of the hospital. Two black men were painting the hall, and as we approached, the two men stood back against the wall, and with reverence, saluted me as we passed.'

"He then said to me,' To have been loved by such men has been the greatest treasure of my life.'

"This was my last conversation with him. Dad would much prefer talking to the yard man, as he would a head of state. When he talked to anyone, he made them feel like they were important to him. It was easy, because they truly were."